The Need for Collective Forms of Resilience 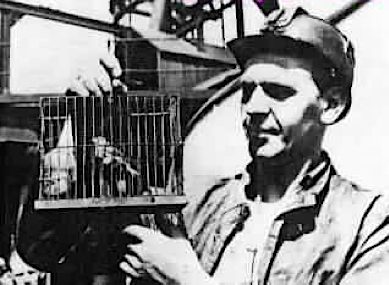 It is remarkable how, in the course of its history, mankind has time and again locked in on biases and privileged directions that confine its progress and welfare. A classic example is given by the geocentric model of the Ptolemaic system. Two other examples of such lock-ins are represented by the concepts of individualism and competition, both of them eloquently captured in Hobbes’ definition of the “natural state of things” as “the war of every one against everybody”. In fact the individual-centric and purely competitive models became heavy cornerstones of our societies and were celebrated in many an important work. Examples of this may be found in Locke’s “Essay Concerning Human Understanding” (1689) and Smith’s conjecture of the “Invisible Hand”, which influenced and reverberated for centuries in the work of many scholars and philosophers.

A strong argument against any theory only considering individualism and competition was issued by Darwin, whose principle of mutual struggle appeared to bring irrefutable scientific evidence to the supremacy of the concepts of competition and the individual.As a matter of fact, Darwin himself was well aware that competition and mutual struggle are an important strategy though not the only one, and that in nature in certain cases it is collective cooperation rather than individualistic struggle that results in the winning strategy. In fact in his “Descent of Man” Darwin refers to the "power of sympathy" and states that

Among the first ones to highlight that both cooperation and competition coexisted in Darwin’s treatises was probably Pëtr A. Kropotkin. In his work "Mutual Aid: A Factor of Evolution" Kropotkin raised an important question:

"Who are the fittest? Are those organisms the fittest which are constantly waging a war of extermination against every other organism in the struggle for existence, or, are those the fittest which cooperate with each other in the preservation of the common life of all?"

Kropotkin’s answer is the same as Darwin’s: through several examples in the societies of animals and men he remarks how both competition and collaboration are important strategies towards survival and welfare of animal species and societies:

“It is evident that no review of evolution can be complete unless these two dominant currents are analyzed [...] The struggle between these two forces make, in fact, the substance of history.”

More recently, the limitations of the pure individual-centric, competitive-oriented model—especially when the environment becomes resource-scarce and turbulent—were masterfully discussed by Hardin in his “Tragedy of the Commons”. In that celebrated treatise the great scholar remarks how such model, coupled with an ever increasing overpopulation, results in the rapid exhaustion and pollution of earth resources and is introducing unprecedented turbulent and chaotic scenarios in our global ecosystem.

In more recent times the necessity to extend the purely individualistic and competitive model so as to include other forms of interaction emerged in several domains. Ecology, biology, mathematics, computer science, sociology, and economy, are examples of disciplines that time and again put to the foreground the efficacy of other forms of interaction in systems ranging from bacteria to business ecosystems. As an example, beginning with the 1980s economy and management science experienced a crisis of the traditional concept of organization- environment relations: The classic model of a so-called focal organization taking individual actions to capture value under a system of pure competition revealed intrinsic weaknesses when facing ever more complex and turbulent environments. The awareness of the need to go beyond the purely individual models of organization and strategic choice and of pure competition initiated a process of rethinking that led to the emergence of concepts such as collective strategies, co-opetition, and business ecosystems.

Collective resilience strategies are not new; they are the default strategy used in nature to protect the individual and the species. Individuals unite either to become a social predator or a social prey; the unite to augment artificially their perception; to benefit from different features in different contexts, and so on. It is only through collaboration that the individual and the species compensate for the very slow speed of evolution with respect to the onset of change. Thus I believe an important requirement for the resilience of future cyber-physical societies will be the ability to learn from both nature and practice how to establish dynamically mutualistic relationships as exemplified, e.g. in the Canary Agent and Miner Agent scenario discussed here.

The Need for Collective Forms of Resilience by Vincenzo De Florio is licensed under a Creative Commons Attribution-NonCommercial-NoDerivatives 4.0 International License.
Permissions beyond the scope of this license may be available at mailto:vincenzo.deflorio@gmail.com.